Home / News / The meaning of uniform in life

The meaning of uniform in life

Uniforms are clothing that is fitted to members when participating in the activities of a certain organization. Uniforms are often used in the armed forces, police, banking, customer service, schools and offices. Uniforms are also meant to be equal and without any difference between organization members. The uniform also demonstrates the organization’s solidarity, which has been practiced since the days of the Roman Empire to the present day.

The uniforms are most commonly used by military organizations such as the police and the armed forces. This not only helps them easily recognize the tasks they are performing, but also creates the power to change the mood and emotions of those around them, making their work easier and easier.

Wearing a uniform is usually compulsory in schools, hospitals, restaurants and workplaces. Part of the purpose of these organizations is to equip the utility clothes with the work of each member in part to require all members to follow a unified organizational rule.

Feeling confident: Service industries focus on customer care, such as Supermarkets, Hotels, Banks, Hospitals…. often requires all employees to have a unified view of their willingness to serve customers, so the service role becomes very important, when the staff is equipped with the right uniform not only helps them to be confident. but also gives customers a friendly look. This saves them a lot of time and energy in building credibility with customers.

Feeling of pride: In some large enterprise organizations, wearing a uniform is seen as an honor. All members tend to preserve the corporate culture better.

Create a team spirit: If all members wear the same clothes, they will stick and share experiences with each other more, they are not only interested in personal development but also interested in the development of the team. development and prosperity of the organization.

MICE Tourism: Travel trends in the 4.0 era in Vietnam

Some Reasons Why We Should Wear Corporate Uniforms

Meaning and benefits when wearing a uniform 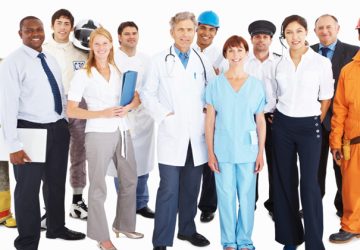 THE MEANING OF UNIFORM TO THE ENTERPRISES